Django vs Laravel – Which framework is best?

Django and Laravel are both popular frameworks for web development. The structure and functionality of Django and Laravel is different from each other. People get confused about which one should choose between Django vs. Laravel.

Undoubtedly Django and Laravel both framework has strong benefits to developing a high-end website. They cover basic to advanced level features and functionality to make web development easy. We give a closer look at these technologies to discover which one is the best.

The backend framework is the foundation for any website. That is why it is essential to choose the right framework for your site. Backend frameworks need to have some particular features such as scalability, security, budget, etc. We compare Laravel and Django features, performance, speed to announce the winner.

Basically, this framework is designed to develop complex or high-end web applications. It uses Model View Template (MVT) as its architecture form. it is also an open-source framework licensed by 3 clause BSD (Berkeley Software distribution).

The most popular websites, such as Mozilla, Pinterest, etc., used the Django framework to maintain and develop their site. This framework is lightweight and comes with enormous features for web development and testing. The aim of this framework is to make the development process easy and faster.

Laravel is an open-source backend framework that Taylor Otwell introduced in 2011. Laravel has an MIT license. This web development Framework is a popular PHP programming language. It applies a Model view controller (MVC) as their architecture pattern.

The excellent part of Laravel is its enrichment with advanced functionality like Ruby. Laravel is not only popular for web development but also can develop Content Management systems (CMS).

You can use Laravel by having basic knowledge of PHP. It offers a steep learning curve. But easy and simple learning resources make it hassle-free. Laravel improvises its feature to increase your website traffic. The excellent features of Laravel help to reduce the development period because it is enriched with many inbuilt features. That makes development easy and saves time. It brings every essential feature to develop a website from scratch.

Comparison between Django vs laravel 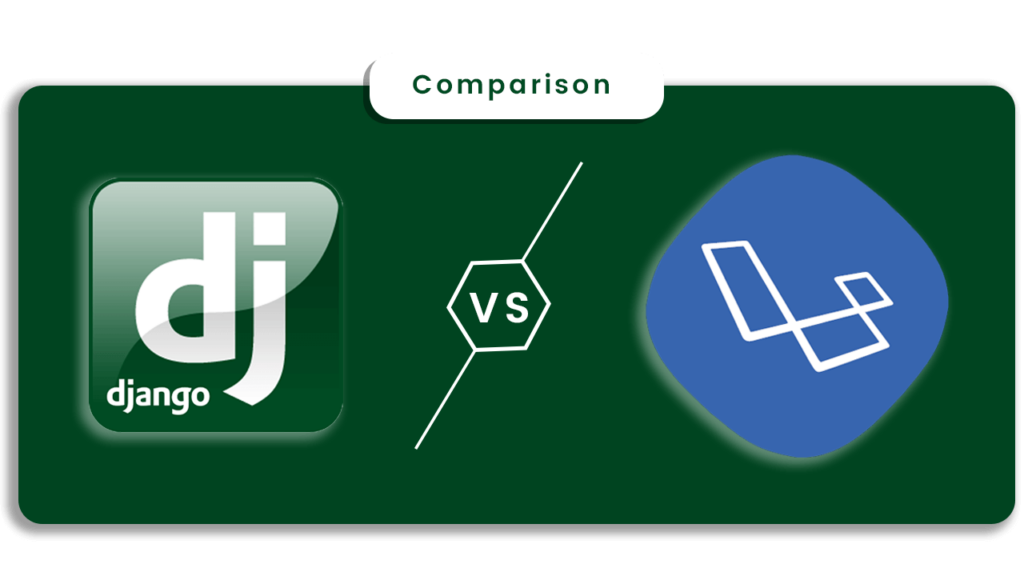 If you look at some coding in both Laravel & Python languages, you will find Laravel coding is easier than Django.

Django is written in Python, which uses a regular expression in its routing system. That is quite difficult, especially for beginners.

If we compare Laravel and Django communities, then it can say both are active and helpful. Both communities contain numerous contributors in Github and solve issues rapidly.

When you are stuck in some development phase by using this framework, the Django community is ready to give a solution. A robust community team like Laravel is available to assist you.

The Laravel framework comes with a bit of a hard learning curve. But Laravel provides sufficient documentation, tools and assistance to make the learning process easy. If you don’t have basic knowledge of PHP yet, it won’t take a long time to get used to Laravel. 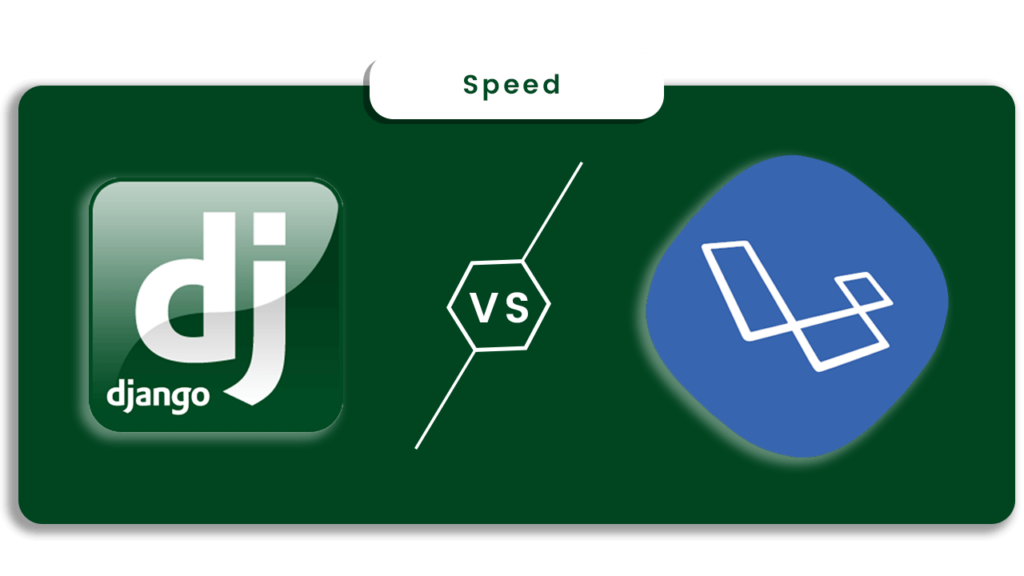 Both Laravel and Django go through JSON tests to find performance. Unfortunately, Laravel’s response is slower than Django. Laravel response was only 8k per second.

In the JSON test, Django comes out as the top speedy language. Django scores 69k JSON responses per second.

The world of the web is full of risk. It has a chance of getting hacked by lack of security. The framework needs to take a strong stand against cyber attacks such as SQL Injection or cross-site scripting. 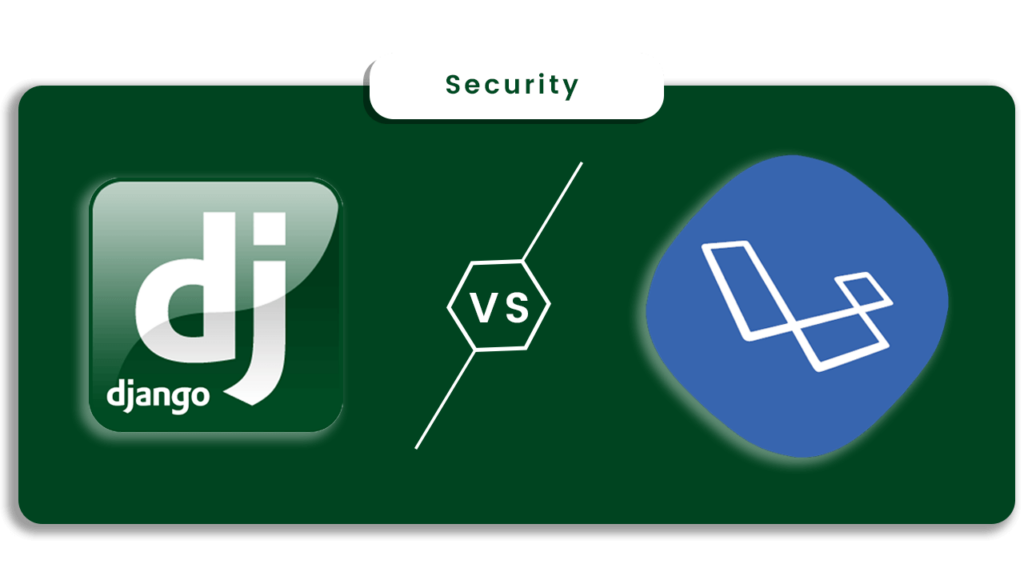 Django gives too much priority to security and allows the developer to eliminate mistakes that make security flimsy. It helps to ensure the proper security of your sites. That’s why top-notch, world-class sites use Django to keep their site protected.

Nowadays, client-friendly sites are built with RESTful API instead of depending only on the backend framework. The beautiful part about Laravel is it allows built-in support for API building to make the site smooth.

Django won’t provide built-in API support. You can apply the library to derive the same feature.

Also Django supports cross platform. As a result, it allows use in multiple platforms without hassle.

Django offers the maximum scalability opportunity to give developers freedom.

If you want a glitch-free web application with high traffic, then testing is important. Testing helps to ensure the standard of your site, compatibility and usability.

Testing in Django is effortless. It brings multiple testing tools to simplify the testing system. Moreover, Django offers excellent documentation, resources to test the sites accurately. As a result, it has a low chance of getting anomalies  and bugs.

The Key difference between Php Laravel vs. Python Django

The key difference between Django vs. laravel performance comparison is highlights below

On the contrary,  Laravel is designed with PHP syntax that enriches some useful features such as routing, sessions, caching, etc.

Laravel also has some disadvantages such as slow speed, too many methods- calling, etc.

Besides, Laravel has a particular HTTP middleware that makes it slower.

Laravel has limited features and offers method injection instead of built-in tools.

Laravel introduces a composer tool to load all the libraries and dependencies by calling the composer.json file.

How good is laravel?

A robust number of web applications is built by using Laravel. Laravel framework is good because it provides advanced features and useful tools to make the development faster.  The excellent part of Laravel is it comes with clean and reusable code that helps to save developer time.

The fantastic part of this framework is its flexibility and advanced functionality that helps to create world-class websites.

The key features that Laravel provide are

As laravel comes with so many advantages, it is a good and value-worthy framework

Is Django good for Back-end?

Django is a backend framework that comes with Python libraries. That makes your development quick, efficient and secure. You can build a high-end website with a top performance by using Django. Yes, it is good for the backend.

Why Laravel is so popular?

The popularity of laravel is increasing due to its exclusive functionality and easy coding technique. Laravel gains popularity for its faster execution and helpful community.

How does Django work with Python?

When you start developing any site using Django, it allows building the whole data model in Python instead of SQL.

Django uses an object-relational mapper (ORM) to transform traditional database structures into Python classes.  As a result, your development becomes easier and faster by working in Python languages.

Django vs. laravel– Which framework is best for you? Well, the choice of framework depends on the language and framework features to fulfill customers’ expectations. In comparing user communities, performance, and security Django is best.

Basically, both Django and Laravel have their pros and cons.  We try to highlight all the detailed functionality of these two leading frameworks. Now depending on your web application requirements, choose the ideal one.

You can also read Django vs. Node.js, which is the best web devoloping tool. 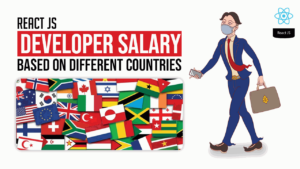 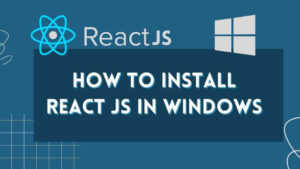 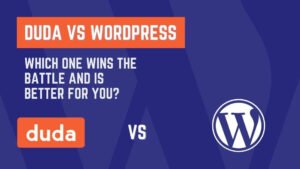